How Do Fire Shutters Work?

Back to News
24h Emergency Call back

The Benefits of Steel-hinged Doors

Importance of Roller Shutters for Businesses

The Advantages of Fire Doors

An introduction to an important fire safety feature

While we would never think that a fire would occur at our commercial premises, they certainly can (and they do, every year).

However, in recent times, fires have been occurring less and less across the UK; between April 2014 and March 2015, the UK Fire Services dealt with 154,700 fires – a record low. This is in part due to the increased sophistication of our fire safety strategies, and also due to an increase in fire safety awareness across the UK.

Fire shutters are a fundamental component of a building’s fire strategy and, as such, it’s important to understand how they contribute to fire prevention as a whole. This article will explain exactly how fire shutters work, from their activation to how they react to scenarios such as power failures. 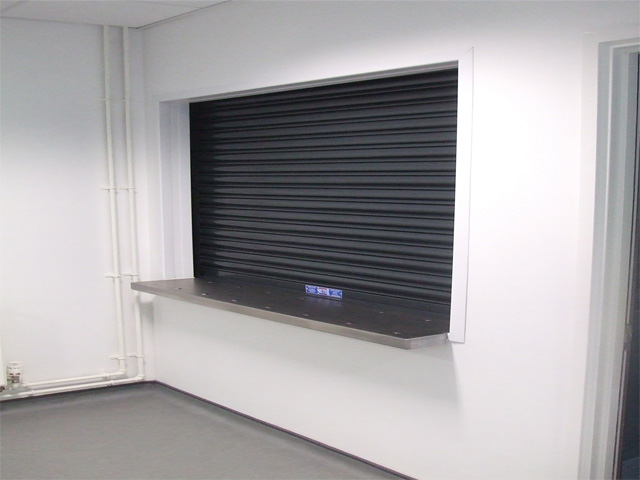 The Role of Fire Shutters

Fire shutters have a very specific function in the event of a fire, that is, they compartmentalise the building. What this means, above all, is that the fire can’t easily spread between different sections of the building, and allows for the following:

Minimisation of damage to the property, given that the fire cannot spread beyond the shutters.

As the fire cannot rapidly spread through the building, anyone left inside has an extra few minutes to evacuate, which can make all the difference.

Another benefit of the fire being temporarily stalled is that it allows time for the emergency services to arrive and quell the fire.

Unlike other fire safety mechanisms such as firewalls, fire shutters activate only once a fire has been detected. This means that normal day-to-day operations are not disturbed at all by the installation of fire shutters.

The activation of fire shutters in the event of a fire can be achieved through one of two methods: 1) they can be wired into the building’s fire alarm system, or 2) they can be fitted with their own heat detection system. However, it’s not unheard of for shutters to utilise both methods.

When the shutters are triggered, some will roll down under their own weight, while others are operated by a motorised closing mechanism. In the case of the latter, the shutters will only close to a certain distance, leaving time for occupants to escape if necessary, before shutting completely.

What if there is a Power Failure?

Given that power failures occur across the country all the time, it’s important to be prepared. Luckily, fire shutters have a couple of ways in which they can continue to work once a main power source has failed:

– Hand crank system: Another option is a hand crank system attached to the motor drive. If the power fails, the crank is rotated and can open and close the shutters where necessary.

If you are looking for more information about our products, take a look at our wide range here.